(LOS ANGELES, CA) – Film producer and director Norm Novitsky, who is currently working on a feature film entitled In Search of Liberty about the U.S. Constitution, is urging the public to study about the Constitution using books and online sources. 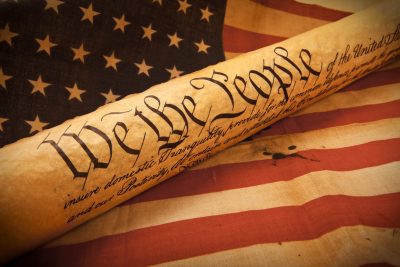 He says, “Unfortunately today schools don’t teach much about the Constitution any more. And so people don’t realize that the Founding Fathers were extremely well educated men, who thoroughly studied history and how different governmental systems had worked in the past. I believe this has led to a widespread lack of knowledge about and understanding of the Constitution, leading some to think it is outdated, which it definitely is not. Being uninformed of your liberty and rights under our Constitution will not be an excuse for why you let the door open to tyranny and enslavement. The Constitution is still as relevant today as the day it was ratified. It is this historically, magnificent document that has protected its citizens from the likes of fascism, socialism and communism. Norm encourages people to study about the Constitution online, and there are quite a few excellent books on the subject, and I want to urge people to learn more about it.”

Novitsky recommends the following online sources for learning about the Constitution:

He also suggests the following books:

The Making of America: The Substance and Meaning of the Constitution, by W. Cleon Skousen

The People’s Guide to the United States Constitution, by Dave Kluge

Novitsky’s current film project, In Search of Liberty, is the story of a family that gets taken on a series of wild adventures by a statesman from America’s past.  Key aspects of the Constitution are presented throughout the film, as well as the real reasons behind attempts to destroy Second Amendment rights. The film’s creative team includes writer and co-producer Tom Solari and co-producer Eric Sherman. Novitsky is producing the film through his production company, IC Freedom Pix LLC.

“The wisdom contained in the Constitution has contributed to the fact that the U.S. has become the most prosperous country in the history of the world. If people forget that and try to make the U.S. into something else, it will not be as prosperous and we will lose many of our cherished freedoms,” concluded Novitsky.