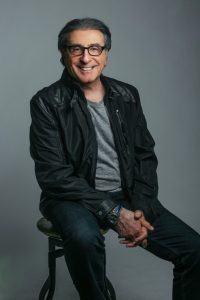 Norm Novitsky is an independent filmmaker and founder of BluNile Films, IC Freedom Pix and IC Liberty Films.  He is known for his staunch support of the U.S. Constitution, and his latest film project, the educational dramatic comedy In Search Of Liberty, will introduce the U.S. Constitution to a wide audience.

He has dedicated the past several years to raising concern over the corruption of the nation’s founding principles by an ever-expanding government and a need to restore the primacy of the U.S. Constitution and its rule of law.

Having developed a strong background as a successful entrepreneur he brings a complete business skill set to the production of In Search of Liberty.  Norm’s vast experience in organizational executive management and marketing, and his early career focused in these areas.

In 1987, he became president of Hanover Mortgage and brought about the firm’s highest-ever revenues.  Following his time at Hanover, he started what became one of the largest independent mortgage companies in Southern California.

In 1998, Norm returned to school to study film making, where he wrote, produced and directed two short independent films before setting off as an independent film producer.  As head of BluNile Films, he executive- produced a teen suspense thriller, Pray for Morning, released in 2006.

Norm served as Producer and Director for the IC Freedom Pix production of the In Search of Liberty Constitution movie, with marketing and distribution being handled by IC Liberty Films. In the movie, a captivating statesman from America’s past takes a modern-day family on a series of wild adventures. With a spicy mix of humor, magic and logic, he opens their eyes to the origins and importance of the U.S. Constitution

The feature-length film earned the judge’s Best Screenplay award at the 2018 Hoboken International Film Festival. More information can be found at In Search of Liberty.

Norm Novitsky with Kayla Huth, Bobby Deen and Tyler Huth at the screening of In Search of Liberty, in Savannah, GA.

Novitsky created and is the principal author of Two Faces of a Patriot, a compelling novel for our time that combines politics, adventure, new tech and and a bit of a love story to keep you entertained as it presents an impending course of events, created by wrongdoings in the past, that must be averted at any cost.

The main story is set primarily in the near-future, at a time when paranoia, control and power have changed virtually everything in American society and social engineering has severely limited nearly every personal freedom. More information is at Two Faces of a Patriot.