The Fourth Amendment has been making headlines all June. But one filmmaker seeks to prove that as technology changes, our constitution shouldn’t. 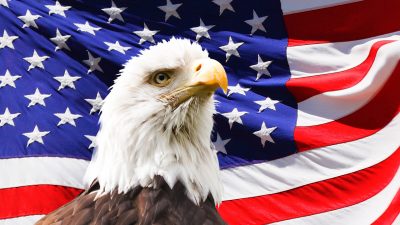 In the wake of the NSA scandal and the Supreme Court’s recent ruling on DNA evidence, the importance of the Fourth Amendment is making national headlines. The Supreme Court ruled that taking DNA samples of anyone arrested – regardless of guilt – was “constitutional” and did not violate “unreasonable search and seizure.”

Concurrently, The Guardian revealed that the NSA had been collecting phone and internet records for American citizens.  Because of this, filmmaker Norm Novitsky says that the Fourth Amendment of the U.S. Constitution is now more important than ever.

Established as a response to the abuse of the writ of assistance by the British government, the Forth Amendment guards against unreasonable searches and seizures and establishes that any warrants need to be judicially sanctioned and supported by probable cause.

“There has been a complaint that the constitution is ‘outdated’ and ‘can’t keep up with modern times.’  In the age of the internet, the Fourth Amendment seems more relevant and necessary than ever,” says Novitsky.  “Our Founding Fathers could not have predicted wiretapping phones or Facebook surveillance, but they were able to predict what tyranny would lie ahead if abuse abounded.”

As Thomas Jefferson said, “the price of freedom is eternal vigilance.”

Novitsky’s latest film In Search of Liberty is in this vein. “In Search of Liberty will educate Americans about the U.S. Constitution – including the Fourth Amendment. Filming is expected to begin later this year.  The core principles of our Founding Fathers are established, so that Americans can use their freedoms, instead of losing their freedoms, he says. “Technology changes. The core principles of who we are shouldn’t.”

The primary production company for the movie will be IC Freedom Pix.