Re-Orientation to the Constitution is Goal of Film;

Film producer and director Norm Novitsky has increased the pace of efforts on his constitutional feature film In Search of Liberty after expressing his concern over what he calls “the declining adherence and attention paid to our founding document by today’s lawmakers and citizens.”

Novitsky’s feature film In Search of Liberty is fully scripted and, with a short introductory film completed already (available upon request), he says the filming should start in the near future. He has reiterated his eventual plan to see this film completed and placed in the hands of every elected official and legislator in the country. 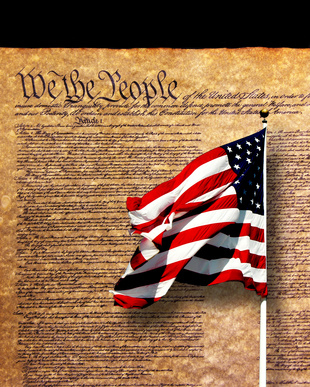 “What we’re seeing in this society is a further and further departure from the intentions and ideals envisioned by our Founding Fathers, and embodied in our U.S. Constitution,” says Novitsky. “This is the main factor behind our economic problems and behind arguments in the media about what the government should ‘allow.’  It’s just ignorance or deliberate neglect of our Constitution.”

Novitsky cites the argument of Second Amendment advocates vs. gun control activists:  “A clear reading of the 2nd Amendment, and of other writings of our Founding Fathers, leaves no doubt that their direct intent was an armed populace as a safeguard against governmental tyranny. But in the media, very few articles on this debate even touch upon the actual purpose of this amendment. Instead, they will talk about ‘commonsense limits’ to magazine sizes and how ‘dangerous’ guns can be. That’s the point—they’re dangerous to potential tyrants!”

He continues: “The Founding Fathers saw the danger of an over-reaching government directing every aspect of the lives of its people, and they sought to prevent that with the Constitution. The Tenth Amendment—which says that citizens and state governments have the greatest rights, and the federal government only has the specific powers listed in the Constitution—is proof of that. Only utter disregard for these limits has led to the vast powers enjoyed by Capitol Hill today.”

Novitsky says his film will “visually demonstrate the application and relevance of the Constitution” to modern-day America.  “That’s why I’m so intent on this,” he continues. “This is what this country needs: re-orientation to the Constitution and our founding principles. I want to give it that push in the right direction.”

For more information about Norm Novitsky or his upcoming film In Search of Liberty, visit the official movie website.